The Mustard was one of the 2 most famous and iconic competitors in the Trans-Am series of the last sixties.

The Mustard was one of the 2 most famous and iconic competitors in the Trans-Am series of the last sixties. It had very strong battles with its other competitor; many head-to-head races were run by the 2 but unfortunately in 1969 The Mustard didn’t get the title. It got it in 1970 with a new model car and with a bigger (and destroked to regulation maximum capacity) engine.
By the way, in 1969 the Bull came with a heavily tuned 302cid american muscle car engine capable of breathing air up to 9000rpms!
The suspension compartment was just slightly revised compared to the stock model due to regulation constraints and tires weren’t slicks as they weren’t common yet back then.
A front lip spoiler reduced the front lift but it was far from creating any negative load.
The mix of this very powerful engine on a quite normal setup with those bias ply racing tires requires you to be very careful on the throttle but also results in a stable car and a neutrally balanced vehicle dynamic. 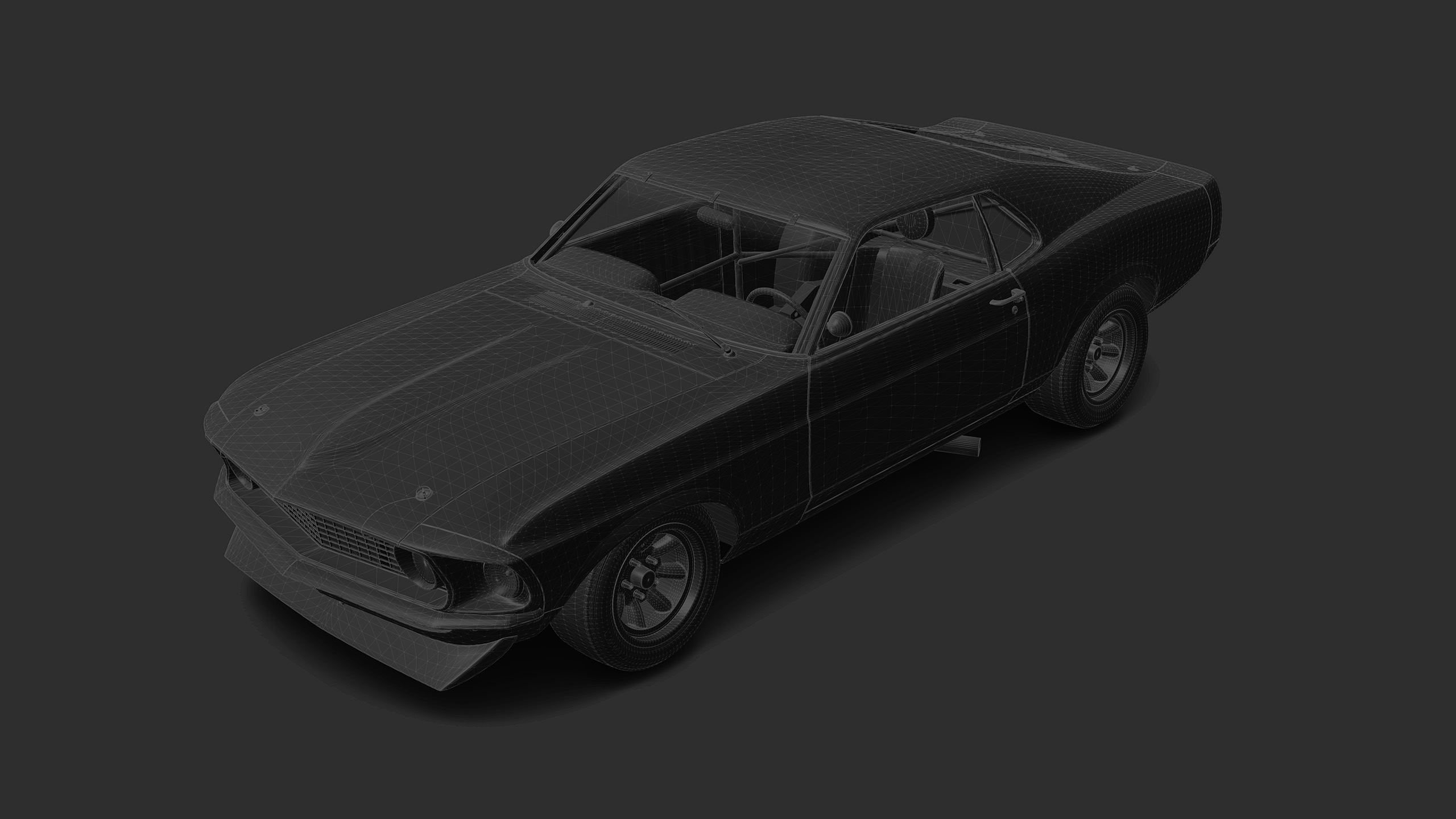