After the Pantera had begun production, De Tomaso introduced a motorsport oriented Group 3 version of the car. This was followed by a modified Group 4 version in 1972. British engineer and driver Mike Parkes, who had previously developed racing cars for Ferrari was tasked with the development of the new car.

As per the regulations, the Group 4 car was based around the road car’s steel monocoque chassis. The double wishbone suspension was substantially modified and Koni adjustable shocks were used in order to improve handling at the track and make room for wider Campagnolo wheels and tyres. Bigger ventilated brakes supplied by Girling and a quick ratio steering rack were used to refine handling and stopping power. The standard steel body shell of the Pantera also received modifications such as aluminium doors, front lid and engine cover along with flared fibre glass wheel arches in order to accommodate the wide wheels and tyres. Plexi glass windows were used throughout and holes were cut into the chassis where possible in order to reduce weight. The car had no front or rear bumpers and a front deep chin spoiler. It also didn’t had any rustproofing and interior amenities. The interior was fitted with a cut-off switch instead of a radio, light weight cloth bucket racing seats, a vinyl trim, a roll-cage and drilled aluminium pedals. The final car had a weight of 1,100 kg (2,425 lb).

Based on the same Ford 351 Cleveland V8 engine used in the road going Pantera, the engine in the Group 4 Pantera was fitted with bespoke aluminium heads, TRW forged pistons, large capacity oil pans and titanium valves. Initially, a single Holley Racing 1150 CFM four barrel carburetor was fitted but this was replaced by four Weber carburetors and a revised intake. The engine had a higher compression ratio of 12.0:1. Displacement of the racing engine was unchanged from road going Pantera’s engine. The “spaghetti” styled exhaust system similar to the one used in the Ford GT40 was used. The engine had a claimed power output of 507 PS (373 kW; 500 hp). Although the cars ran at a power output of 446 PS (328 kW; 440 hp) at 7,000 rpm which was increased to 477 PS (351 kW; 470 hp) when the Weber 850 CFM carburetors were used. The engine was mated to a ZF 5-speed close ratio manual transmission with a heavy duty single clutch plate.[18]

The first Group 4 Panteras were entered into the 1972 24 Hours of LeMans. The problems of the car then began to become apparent. The engine proved to be unreliable and the car was also subject to a weight penalty, increasing the weight to 1,250 kg (2,756 lb). This was set reportedly high due to Porsche’s influence over the governing body of the race. Another problem of the car was the rigidity of its chassis. Nevertheless, the car continued to compete in Group 4 and the engine problem was addressed by sourcing replacement engines with a lower compression ratio. A total of 14 Group 4 cars were made. Some Group 3 cars were modified to Group 4 specifications by privateers. 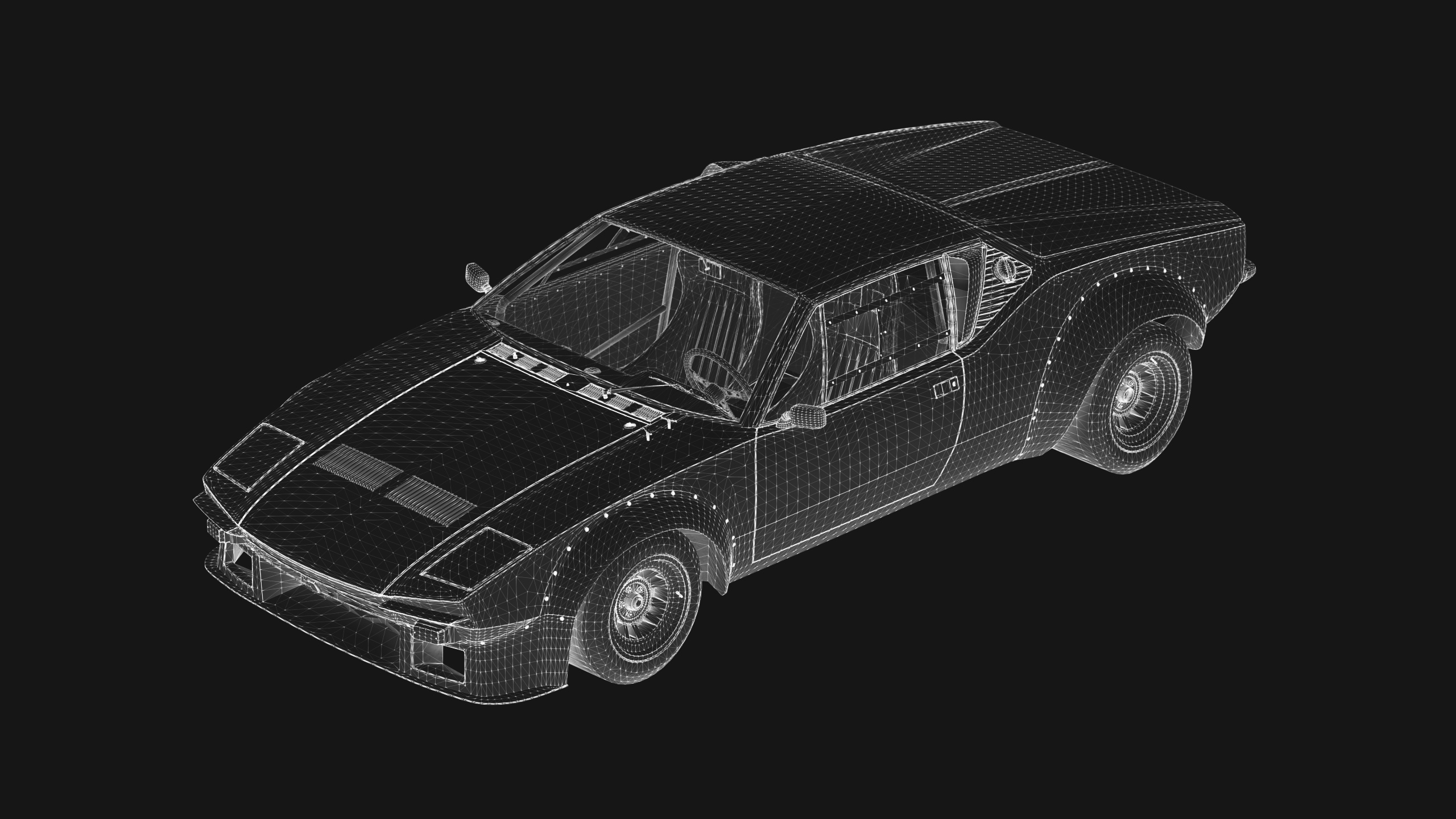